The Nier saga began, back in 2010, as an alternate history (“gaiden”) of Drakengard, an action role published by Square Enix on PlayStation 2. The first title, had two versions in Japan, one called Nier Gestalt (similar to the that we saw in the West) and another called Nier Replicant (where the protagonist is a young man in charge of protecting his little sister, and not an elderly father). However, this is not the only confusing and complex thing in the history of video games created by Yoko Taro, that is why we will further analyze the saga in its entirety in the following article 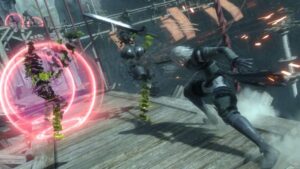 Drakengard and the parallel universes

In one of the endings of the first Drakengard, the possibilities of alternative realities are glimpsed. It is in one of these realities that the events of the Nier saga (Nier, Nier Automata and Nier Reincarnation) take place. In addition, two other titles related to the mysterious universe born of Yoko Toro’s mint are expected for 2021.

Nier – an adventure of sacrifices

The first adventure, which takes place in the Drakengard universe after the canonical ending, shows us Nier Gestalt, a man who must find a cure for the strange and deadly disease that affects his daughter Yonah. On his journey, he will discover secrets about monsters known as Shade, but if we play the game a total of 4 times, we can discover the true intention of the characters and creatures of the universe. Yoko Taro uses a design that forces us to replay to discover secrets and new ways to end the story.

Nier: Automata, War of the Androids

Nier: Automata , the sequel to Nier, takes place after the final quarter of the original adventure. It takes place in the same post-apocalyptic world, and shows us a war between androids created by human beings, and the machines of an invading army from another world. In this adventure, Yoko Taro explores different philosophical currents to present a plot where answers are sought to people’s motivations to kill and fight.

In this game we will be able to live the story from different perspectives each time we finish. First as 2B and 9S, and later since YoRHa launched a full-scale invasion. This type of twists and turns narrative allows Yoko Taro to explore key characters, situations and moments with added perspectives and data, giving her a much more valuable rereading.

This version for mobile phones takes place in the same universe as Nier , but the protagonist has no direct relationship with the main games. Known as “The Girl in White”, we must help her escape from Cage’s kingdom while being pursued by a monster known as “Black Monster”. In addition, the girl has a spirit called Mama who is in charge of helping her and awakening different memories blocked in her mind. 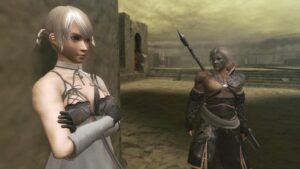 The development of this adventure for Android and iOS is scheduled for 2021 and will be the first official foray of the Nier saga in the field of mobile phones. It remains to be seen how Yoko Taro will further explore the connection to the main saga through a title for phones.

Another novelty of the Nier saga for 2021 is a reversal of Nier: Replicant for the western market. It will be titled ‘NieR: Replicant ver 1.22474487139…’ and it will be a new version of the title starring a young man who protects his sister, but there will be more additions in addition to the fact that Western players will also be able to enjoy it in a more accessible language.

The original version of Nier: Replicant also had some different aspects to the Nier that came to the West, since it takes place in a different time point. Now that Square Enix proposes this return, we will see what new features are included to continue exploring the adventures in the alternate worlds and realities of the Nier saga. 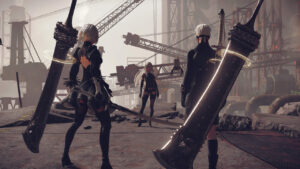 Nier’s contributions to the world of videogames

Celebrating 10 years of existence , the Nier series has become a reference for action role and anime-style adventures. Many lovers of manga and oriental culture find in Nier elements typical of classic stories such as X-1999 (of the Clamp group) and other adventures of post-apocalyptic worlds. In addition, Yoko Taro’s narrative style has allowed the saga to focus on adult themes and develop characters with numerous problems that from a personal point of view can be related to the individuals themselves.

The saga, which in 2021 aims to have a big return as a corollary to its 10-year celebrations, proposes anime action, adventures, and a dark reflection on the essence of humanity, what motivates us, what blocks us, and what differentiates a human being from a machine.