The Medium is a video game that, in these early 2021, gives us goosebumps again. A title designed to recover the essence of survival horror and psychological terror in interactive games. The proposal, to be released on January 28, will be exclusive for Windows and Xbox Series XS, and is promoted as one of the most interesting alternatives in a genre that in recent years has been strongly reduced with the fall from grace of Silent Hill by Konami.

What does The Medium offer?

The protagonist of the game is Marianne, a medium who will be involved in a mysterious adventure when discovering a world that reflects our reality, but in a dark and disturbing way. The Bloober Team game promises to bring fear and suspense to levels never before seen in the genre. The adventure is played in the third person, in the best style of Resident Evil and Silent Hill in their best times, but instead of zombies and pagan monsters, the enemy will be creatures from a dark world.

To create some of the terrifying setting , The Medium features a soundtrack by Akira Yamaoka from Silent Hill and Arkadiusz from Bloober Team. A joint score to awaken fears and terrible feelings as we explore the dark and paranormal universe on The Medium.

Visions and tension with spirits

Marianne, the protagonist of the adventure, is a medium who lives between two worlds . The physical and real, everyday, and the spiritual, where he comes into contact with different spirits. The game begins when he begins to have strange visions related to the murder of a child, and our journey will take us to an abandoned hotel that years ago was the scene of the tragedy.

The axis of the adventure has duality as its main theme, that is why the setting in two different worlds and a soundtrack with two main composers, seeking to reflect this idea of ??perception and the way in which we visualize and understand what happens to us. around.

Other exponents of psychological terror

The Medium is a title that comes to put the psychological horror genre back on the scene. In the past, titles such as Silent Hill and Eternal Darkness, thoroughly explored this aspect of the video game where the environment and the situation in general were used to generate fear and reactions in the user, unlike games more focused on action or simply games. scares from surprise appearances. While we wait for the definitive launch of The Medium, we will tell you what are some of the games that forged this genre so beloved by gamers. 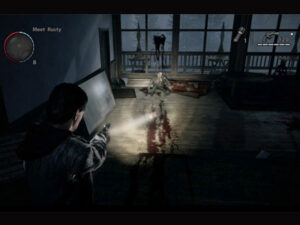 A writer of crime novels and a peculiar descent into hell and the worst fears of humanity. This adventure was one of the most acclaimed on Xbox 360 and PC, achieving scares and narrative reflection while the developers of Remedy Entertainment (Max Payne) explored a genre where action is only part, and the key is in the generation of an environment where there are scares and fear in every corner.

Amnesia: A Machine for Pigs

This PC game of the survival horror genre has us on the edge of the seat throughout the game. We explore scenarios from the past, the present and a strange alternate reality knowing that there is a danger lurking at all times. Solve puzzles and discover what is putting your family at risk as dire visions of an Aztec curse loom over your existence.

Lesser known, Layers of Fear is another horror proposition from Bloober Team. In this horror adventure we explore a mansion with 19th century architecture while camera changes and terror take hold of us at every turn.

A very interesting psychological horror proposal that is played in cooperative multiplayer mode up to 4 players. As we progress through the levels, the paranormal activity grows and each scenario becomes more and more dangerous. The mission in the game is to collect evidence about the existence of ghosts and paranormal beings. Can you survive without going crazy?

A PlayStation 2 classic that turned the series into a true festival of horror and psychological reflection. James Suderland’s adventure will lead him to face his own fears and shortcomings as a person, and the gloomy town of Silent Hill proves that it is the place where people must confront everything that haunts them.

These are just a few recommended titles for fans of psychological horror who are eagerly awaiting the arrival of The Mediun. Undoubtedly, 2021 is a year where there are high expectations for the genre as a return to Resident Evil is expected and the ever-present possibility of a new Silent Hill if Konami developers understand that video game fans they have a lot to ask for.