2021 begins and there are many titles that video game lovers are looking forward to. We explore what are some of those games that hopefully can see the light of day in 2021 or that can at least be announced and give fans greater certainty about their favorite entertainment. From the action-horror adventures of Resident Evil to a new Hitman installment , Far Cry 6 and the return of God of War. Will 2021 be one of the best years for the industry, or will it be affected by the post-pandemic? 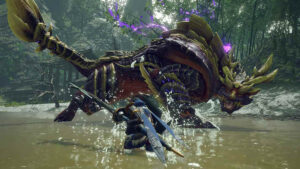 Scheduled for release on March 26 for Nintendo Switch , this exclusive game for the Big N console once again immerses us in a world of monsters and gigantic creatures with supernatural abilities. Our role as hunters will once again be key to finding the most important treasures and resources to create weapons, armor and all kinds of accessories to fight and become the most feared professional hunters. 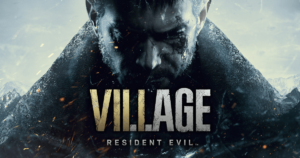 At some point in 2021 the eighth installment of Resident Evil should arrive on PC, Xbox Series XS and PlayStation 5 . So far, we know that the game takes place a few years after Resident Evil 7, and it involves Ethan again. In addition, Chris Redfield returns to have a leading role. The game was made with the RE Engine graphics engine and with a first-person perspective, like Resident Evil VII that helped put the franchise back among the most popular after the controversial Resident Evil 6. 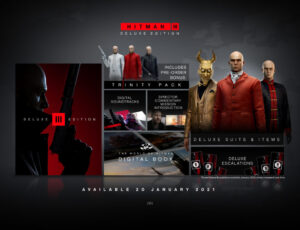 On January 20, a new installment of the saga of the most feared professional assassin arrives on Nintendo Switch, PlayStation 4, PlayStation 5, Xbox One, Xbox Series XS and PC. As in the previous installments, the game will combine action and infiltration, demanding that players develop the best ways to carry out the murders and different objectives of each mission. Agent 47 is once again the protagonist of a title that takes him to different parts of the world , from Dubai to Berlin and Chongqing. The game’s plot is part of the World of Assassination trilogy, which also includes the titles HItman (2016) and Hitman II (2018). 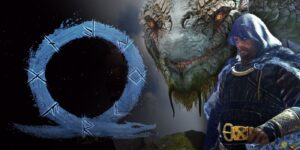 With no set date, the new God of War for PlayStation 5 is one of the most anticipated exclusives of the franchise. It will be a sequel to the 2018 God of War and features Kratos and his son Atreus, as they battle different creatures and gods from Norse mythology. The end of time according to Norse mythology, Ragnarok, will be the main stage where the adventure takes place where there will be no shortage of blood, fights against gigantic monsters and adventure. 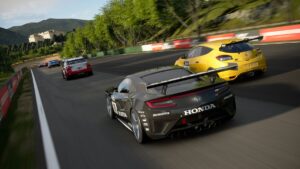 Another exclusive to PlayStation 5, Gran Turismo is the quintessential driving simulation saga . It has always stood out from other racing games for its level of realism and the fidelity with which vehicles and driving mechanics are adapted. The Gran Turismo 7 proposal aims to bring next-generation driving with graphics and physics identical to those of a real car. It remains to see how the Gran Turismo proposal develops, the game par excellence that for years has accompanied each new Sony console as one of the first launch titles. 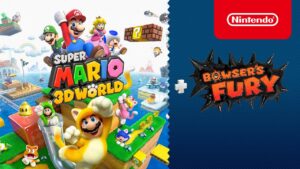 The adventures of Mario and his friends return to Nintendo Switch with a reversal that will include all the adventure and magic of the original games. After the success in Wii U (a console that was not so successful but that proposed some interesting titles), Nintendo returns to rescue these games with the Switch, its desktop and portable console that has managed to reposition the company among the most beloved .

Another of the most anticipated titles of 2021 is the sixth installment of Far Cry , an open-world action adventure that has excellent graphics and new game mechanics. Weapon creation, exploration, and making the most of each resource are an indispensable part of the game mechanics for success in Far Cry, and in the sixth installment, the chances of survival in hostile environments will be further pushed to the limit.

2021, a year with great expectations

After a complex year 2020 due to the COVID-19 pandemic , it is expected that 2021 will allow to resume a year of great productions and a greater variety of games. The video game industry continues to grow and the proposals range from adventure and action, to platform, driving and horror games. 2021 promises to be surpassed, but you have to wait and see how the titles come out since the close of 2020 with the Cyberpunk 2077 fiasco was very strong.